The Virtual Cuneiform Tablet Reconstruction Project was inspired by the ambition to support virtual access to cuneiform artefacts and to reconstruct cuneiform tablets by joining virtual fragments together.

Cuneiform was humankind’s earliest writing. Dating back five thousand years, cuneiform was written by making impressions in clay “tablets”. It was the original information technology.

Cuneiform script was in use for some three thousand years in ancient Mesopotamia, the region in and around modern day Iraq and Syria. Emerging from a simple system of pictograms some five thousand years ago, the script evolved into a sophisticated writing system for communication in several languages.

How the cuneiform signs for head (“SAG”) and cattle (“GU”) evolved over time.
The original pictograms (1) were rotated 90° anti-clockwise as shown in Classical Sumerian sign (2). The signs then evolved, as shown, in examples of Old Babylonian, Middle Babylonian and Neo-Babylonian times (3-5) and into Neo-Assyrian (6). (Source, Labat R. and Malbran-Labat, F., Manuel d'Epigraphie Akkadienne, Paris, 1963) 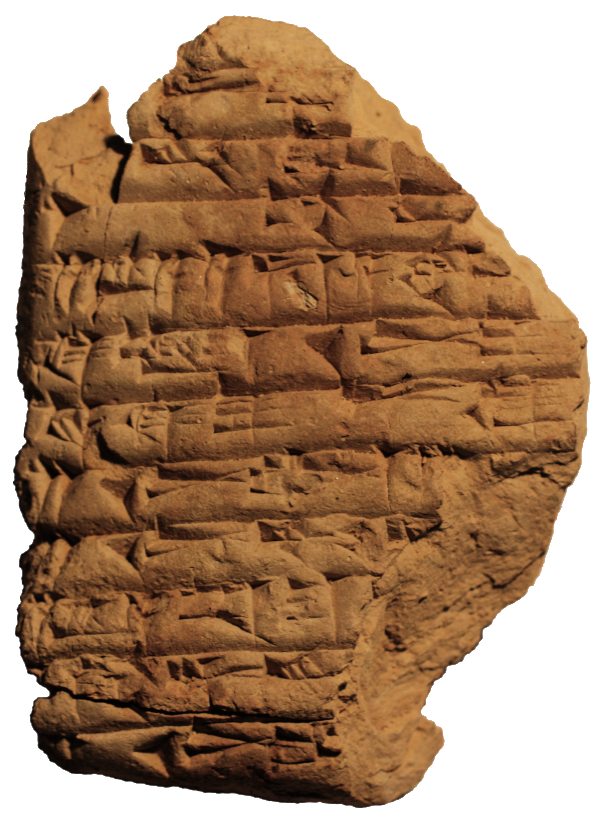 Many thousands of inscribed cuneiform tablet fragments have been excavated in the last 200 years but have become distributed within and between museum collections worldwide to which there is necessarily limited access. The pieces are complex 3D forms that belong to an unknown number of complete or incomplete tablets. Together they form an enormously complicated worldwide set of 3D jigsaw puzzles. 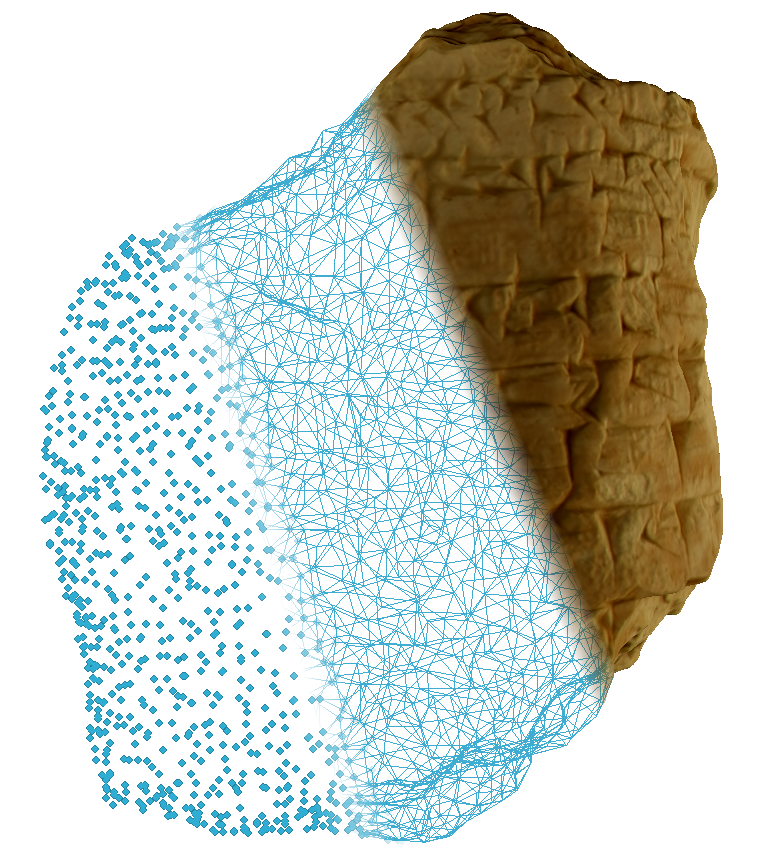 If we have 3D models of real objects, we can join them together. This means we can reassemble broken objects, even when the pieces are a 1000km apart.

3D scanners create sets of points called vertices that define the shape of virtual objects. These vertices connect together to form a surface from a mesh of triangles. The triangles can be shaded according to the colour of the object and the virtual lighting. This is called rendering. We make the 3D model look real by wrapping it in pixels from photographs of the original object.

If you would like to know more about cuneiform and virtual reconstruction you may like to read: Virtual archaeology: how we achieved the first long-distance reconstruction of a cultural artefact